Montana State University has available on the Web a digital library called the "Indian Peoples of the Northern Great Plains." The key elements of this collaborative IMLS project were the sharing of equipment, staff, and images.

In 1998 Montana State University (MSU) received $138,000 from the Institute of Museum and Library Services to build an image database of Native American peoples that would be searchable on the Web. Also included in the funding were monies for user education through the annual meeting of the tribal college librarians held every year at MSU. An initial partnership was developed between three institutions: the three campuses of MSU, the Museum of the Rockies, and Little Big Horn College. Currently the database has over 1,500 images and can be found at http://www.lib.montana.edu/epubs/nadb/. The site also contains detailed project information such as the software and hardware which is in use.

Key Parts of the Grant

Why should one be interested in this project? There are three key parts to our undertaking which make it noteworthy and a model that can be emulated by other institutions. We share our software and hardware, we share local expertise, and we share our collections in order to create a single image database. 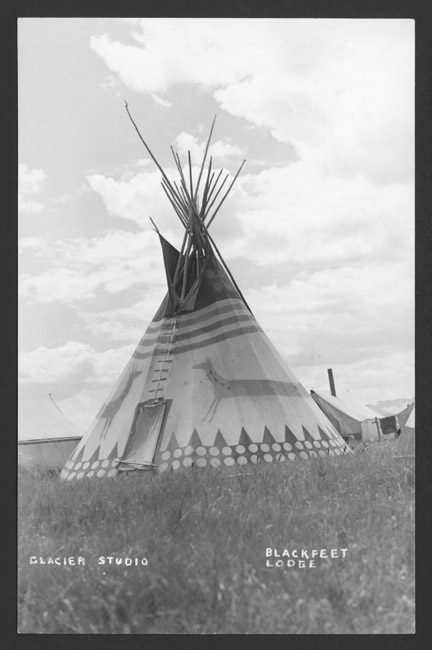 The equipment we use is listed on the Web site, and that is perhaps the easiest part of the project to explain. The main pieces, the Sun server and the Oracle software, are housed at our campus in Bozeman. Because of this, the other grant participants are not faced with maintenance and upgrades to equipment. Because our campus was taking on the ongoing responsibility for the equipment, we did not directly involve the other grant participants in their selection. We knew from everyone that the database needed to be large, flexible, and capable of ongoing modifications. We also had been in contact with other smaller institutions that had tried to build a database "in-house" and almost universally had found their efforts unsuccessful.

The Agfa scanner was an important part of the grant. Most often institutions are unwilling or unable to send original images off campus. The scanner was physically transported to the other institutions, images were scanned, and then the scanned images were uploaded to the server. We tried sending scanned images both by ftp and by disk and both worked successfully. Only after subject headings were assigned and the indexing was completed were the images actually loaded into the Oracle database and made available for viewing on the Web.

The sharing of staff was crucial to our project. Upon receipt of the grant we were at first a bit overwhelmed by how to proceed. We had so many people we wished to involve, and planning at which stages to involve them was crucial. In writing the grant we had already narrowed the topic and the geographic range of the Northern Great Plains tribes that we wished to include, and had begun discussions with various individuals from institutions and tribal governments. But, when we tallied the number of people we might involve it soon became a very large committee of over twenty people.

We decided that our action plan would be to set up rough guidelines, but then to allow each institution and tribal government to have the last say in the database images. We decided that each image must have at least the basic information such as a title and at least one subject heading in order to be indexed and entered into the database. The broad guidelines included things such as uniqueness of the image and the quality of the image. However, I would like to stress that the selection of the images was left to the discretion of each participant. If someone wished to include an image important to them, but of poor quality, that was included without enhancement of the image. If someone came up with an image that we had not anticipated, such as a handwritten treaty, that was also included.

Because we were dealing with at times culturally sensitive images we also inserted a process into the procedure for a tribal consultant to review the images. This same consultant also reviewed and added subject headings to our worksheets for each of the items. At the end of the process, each tribe was asked to review their images marked "culturally sensitive" and veto any that they determined should not be included in the public Web site.

Another key piece of sharing staff was having a Photo Archivist from the Museum of the Rockies as an active participant in the grant. Usually smaller colleges and universities have photographs and archival holdings, but do not have archival expertise on staff. This archivist assisted throughout the project in everything from training the person doing the scanning to helping to define the jpg image quality of the items once they were mounted on the Web.

Key Features of the Database

Our overarching goal was to make the database usable whether the searcher was a novice and did not know what he was looking for, or an expert with a specific image in mind. Because of the Oracle software, pull down menus can be made available for those unfamiliar with the database. Searching is available by artist, geographic location, tribe, or subject. Administrative functions have been set up so that each participating institution can add, delete, and modify their own images. However, only the main database administrator has the capability to manipulate all of the images or to change to menus.

It might seem obvious, but the most important part of the shared database to me was identifying the images we and the other institutions own and then pooling them to come up with one "electronic library." I believe that whenever one takes a subject area, whether it be ours of the Indian Peoples of the Northern Great Plains, or another type of local history topic, there are many institutions which have items that can be included, and there is invariably some duplication. I believe the best feature of our database is that it is a single resource. Users do not have to comb through hundreds of images at one institution, and then travel to another only to find copies of the same thing.

I would recommend that others consider the benefits of a shared project instead of individually undertaking creation of an image database on the Web. The equipment and its maintenance are much more affordable if resources are pooled. In smaller institutions, staff resources are limited and the best product can be achieved when they are shared. And, finally, having one database of images, a single electronic library, is the greatest service to our library users, no matter where they reside.