The blogosphere and its problems: Web 2.0 undermining civic Webspaces

Blogging is often seen as a proto-Web 2.0 technology and in many ways set the stage for the kinds of applications that followed. But the “blogosphere” also represented a conversational medium that allowed for civic discourse rarely encountered in the fragmented Web 2.0 that followed. Blogospheres were open, distributed, and relatively non-commercial, particularly in their earliest form, and provided civic Webspaces in which people could gather, discuss, and change their social organization. Today’s Web 2.0, while retaining some of the formal elements of blogospheres is more centralized, monopolistic, and commodified. Web 2.0 lost the civic nature of blogospheres, while retaining the formal social and technological structures; and recovering those civic Webspaces should remain at the center of critique of Web 2.0.

Alexander Halavais is an associate professor in the School of Social and Behavioral Sciences at Arizona State University, where he researches ways in which social media change the nature of scholarship and learning, and allow for new forms of collaboration and selfâ€“government. 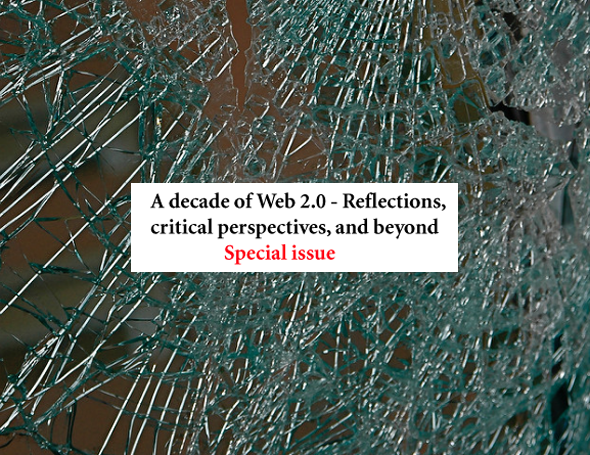