Emoji at MoMA: Considering the 'original emoji' as art

>In 2016, the Museum of Modern Art (MoMA) in New York announced that it had acquired for its permanent collection the original set of 176 emoji characters developed in 1999 by Japan’s telecommunication provider NTT DoCoMo. MoMA also organized an exhibition of the emoji in the museum’s lobby with the title “The Original Emoji, by Shigetaka Kurita,” thus highlighting its historical significance and the role of the designer. This paper explores new and critical yet under-discussed issues surrounding MoMA’s acquisition and exhibition of the first emoji set. What happens when emoji enters an art museum? What can the MoMA’s accession and exhibition of emoji tell us about emoji, about art, and about the relationship between them? I will examine the discourses on the MoMA’s emoji accession, which reveal two positions against the emoji as art: a conservative view that emoji is not art and thus should not be in the museum and a revisionist effort to frame the emoji as a design innovation rather than as art. But I draw attention to the MoMA’s exhibition of the emoji, which I analyze as a materialized display of the originally virtual characters. Using textual and aesthetic analyses together with theories of art, I argue the emoji at MoMA is art. 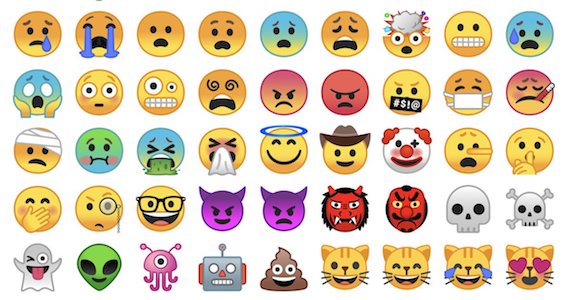